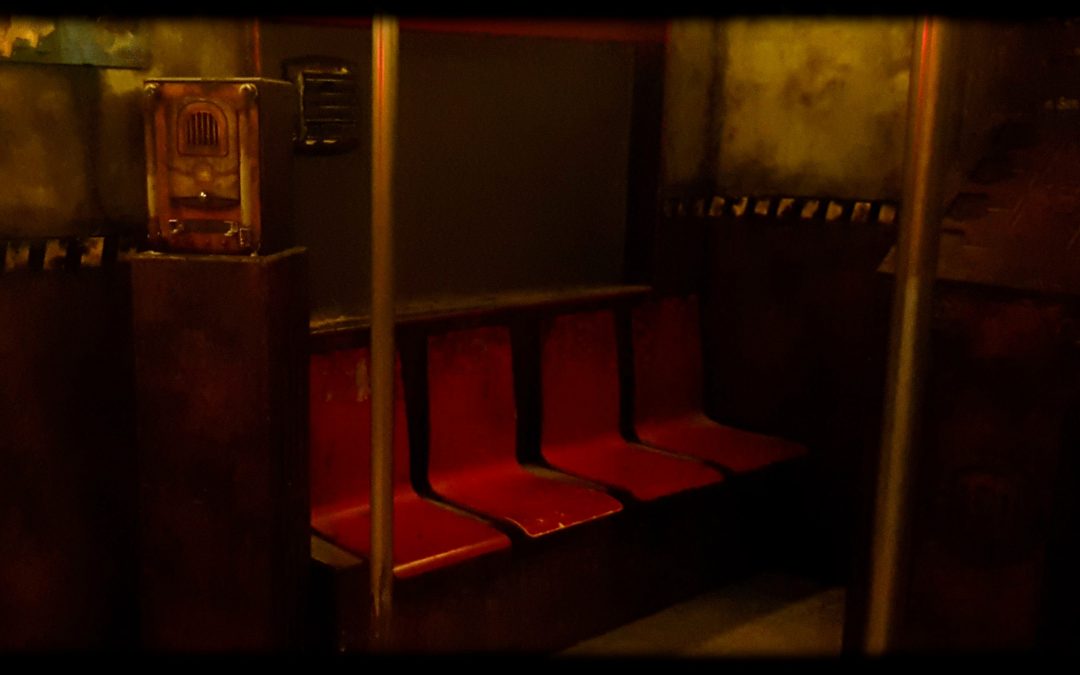 We have blogs about many of our missions; you can prepare for Mindshaft, you can plan ahead for Pathogen, we even give you some information about the illusive Unknown. But while all of these are Premium Missions, we rarely get the chance to talk about our Classic Missions. These games are the backbone of our facility, the real, traditional, escape room experiences (for more information about the difference between Classic and Premium Missions, see here). Today, we would like to feature a customer-favourite; Crossroads.

Envision yourself outside an abandoned metro station; you, the detectives, are called upon by the police chief. He needs your help as he’s hot on the trail of a serial killer. The killer strikes at midnight, and he’s abducted his next victim already. Your team have until the clock strikes twelve to follow his clues and stop him before he takes another life. But he’s watching and waiting for you….

Built in 2016, Crossroads is now three years old, which is ancient by escape room standards. However, Crossroads still looks fantastic, for its old age. Its narrative is set in an abandoned subway station inspired by steampunk design. The vintage and rust aesthetic creates a timelessly creepy atmosphere that fits the tension of the narrative perfectly. Our team was on a mission to maximize immersion when we built Crossroads, so the sound effects help complete the sense of dread in the uneasy atmosphere.

Now, you might feel some trepidation at the mention of the “creepy” serial killer theme. Don’t worry, if the game was scary, we would tell you. Crossroads is designed to be unsettling and put players on edge. Of course, in a game about a serial killer, there is bound to be some violence and graphic imagery, so be prepared for that. We think that Crossroads is a fantastic example of our facility. As the newest of the Classic Missions, it matches our newer missions in design.  That, along with the immersive puzzles, creates a uniquely thrilling experience. So, if you’re a fan of police procedurals or just a fan of killer (hehehe) escape rooms, Crossroads is not to be missed.